Hinson Lake 24 Hour Ultra Classic . . . one of the premier 24 hour races in America! 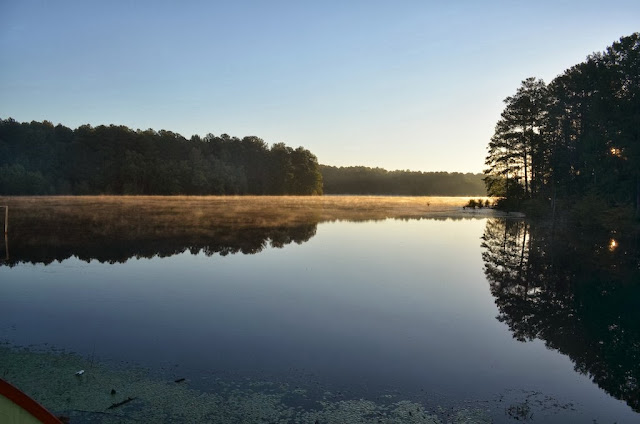 
If you were one of the 10 or so people that read my last blog, you know I had planned to walk at Hinson to see how my toe would do with no running.  At about mile 8 or so my toe REALLY started complaining.  So I went to see Denise Martin . . . our ultra masseuse to see if she could help . . . and help she did!  I was able to continue on.  The pain was significant but managable.  I had walked everything up until this point and continued walking only. 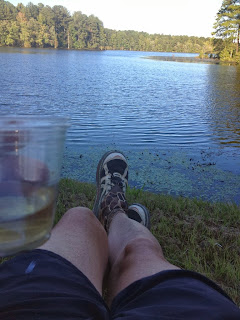 Mentally . . . I sort of gave up.  Honestly I just wanted to get to a marathon distance.  When I did . . . I quit.  It was probably about 9 pm and I decided to go to bed.  But honestly, something strange was happening . . . my toe was hurting LESS not MORE!  But I was so far behind I just quit.

I actually couldn't sleep much and finally about 4:15 am I decided to get up and go do a lap or two.  And oddly, my toe was still not all that bad!  In fact, it was actually pretty good!  I even did some running!  Not much . . . I was still being very careful!  But the toe was doing great!

And I was thinking and asking myself why I had quit at 9pm.  I could have kept going.  Easy.  I wasn't really sleepy.  I wasn't hurting.  I was a little tired.  But I knew my toe was actually improving!  And I still quit!  And if I had just kept going I could easily have finished 50 miles.  Damn. 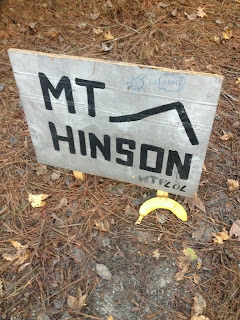 But the next morning I did turn some good laps and ended on a positive note . . . running the banana lap to Mt Hinson!  Wooo Hoo!  Pretty lame I know, but it made me fell better doing it.

But oddly I'm actually pretty excited that I folded!!  I know . . . you're thinking "what the fuck?"

I had pledges of over $3,000 for the miles I would run at the Virginia 24 to benefit the American Cancer Society.  But I had my accident the week before and most of the people who pledged to help me agreed to defer until the Croatan 24 race this November!!  Awesome!

So I still have training time.  And more healing time.  And now I have a "bee in my bonnet" about my mental collapse at Hinson!  The chances of me wimping out twice in a row . . . not good!  I'll be ready.  Physically AND mentally.

The folks pledging "per mile" better hold on to their checkbooks!!!  I'm going to cost them some money!!!
Posted by Frank Lilley at 7:45 PM No comments:

A few of my 10s of readers have been asking what has been going on and why no "Hurry Slowly but Hurry" posts!  Okay . . . really only one person ask!  But that is probably 10% of my readers!!

Let me start out with two pieces of advice for you younger runners (anyone under 55 years old qualifies are younger!!).  Listen to the wise old man!
BUT . . .  there was one part of my body that seemed to benefit from my lack of activity!!  My hip!!  While my hip is WAY better since my hip surgery in October of 2011, it has never gotten really "well."  The labrum must still have a tear, as the hip locks up from time to time, and the damn thing just aches and fusses some days.  But since my accident, the hip has improved.  In fact, yesterday was the first day that my hip has ached in probably 2-3 months!!

So my "comeback" is coming along . . . but not very fast!  The first couple of weeks I saw pretty rapid improvement but that has pretty much stopped !!  I feel like maybe I've even done some "back-sliding" in my fitness level in spite of regular running and exercising!  Or at least I've hit a plateau or something.

But overall I am improving and we'll just have to see how far I will be able to come!  Three knee surgeries, a hip surgery and my toe surgery have taken a toll that I can't deny!  But I plan to follow Rule #2 . . . I'm going to just keep movin' as best as I can!

In my mind . . . I'm an ultra runner.  And since I've run a few ultras, I guess that does qualify me as a "card-carrying ultra runner club member!"  But there are just two problems in calling myself an ultra runner now:  1) the word "ultra" and the word "runner" . . . other that that I totally qualify!!!

So I'm NOT a current "card carrying ultra runner club member!"
And that brings me to Hinson Lake in two weeks!  Yea . . . I know . . . it took me awhile to get around to the subject of this post!  But when you get old, the mind just wanders around some . . . like I do when I get lost on a trail ultra!!

I'm want to be a current "card-carrying ultra runner club member" again.  Well . . . there we go with the frickin' words again!!!  Quite honestly I should try to either achieve the "ultra" part or the "runner" part.  But if I try to run very much, the ultra part will be impossible!  And since I run every day 3-6 miles or so, I think I've got the "runner" part covered but we'll have to see what the "Ultra Runners Club" admissions committee has to say about this!!!

So I'm going for the "ultra" part at Hinson Lake!  To maximize my chances I plan to run very, very little . . . if at all!

I honestly have no idea if my foot / toe will allow me to do this!  I KNOW the toe simply HATES trails.  And while Hinson Lake is not really much of a trail, the uneven-ness (if that's a word!!) of the surface will cause me issues.  And the sand going up "Mount Hinson" will be a huge problem too.  Even walking and doing trail maintenance at Medoc REALLY hurts my toe and I can only do about 3 miles a trip before the toe pain becomes excruciating.